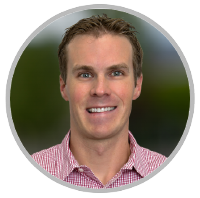 Dr. Derek Pollard was raised in Coquitlam, BC. He began his post-secondary education close to his home at Simon Fraser University in Burnaby, BC, where he received a Bachelor of Science with honors, majoring in Kinesiology and minoring in Biochemistry. Following Graduation from SFU, he moved out to Winnipeg, Manitoba after being accepted in the University of Manitobas Faculty of Dentistry. Four years later, Dr. Pollard graduated with honors with a Doctor of Dental Medicine.

Over the next year, Dr. Pollard first practiced dentistry at two separate general practices in Winnipeg. He also worked for Health Canada, travelling up to remote First Nations communities in Northern Manitoba to provide dental care to these under-serviced areas. Aside from general practice in his first year out, Dr. Pollard also held a part-time faculty member position at the University of Manitoba in the Undergraduate Orthodontics department.

Since graduation, Dr. Pollard and his wife Courtney moved out to the beautiful Okanagan to begin a very exiting next chapter in their lives. The Kelowna area is a great fit for them since they love to keep active, spending time golfing, snowboarding, biking, and wakeboarding.

Dr. Pollard brings with him a great reputation of dedication and hard work. He opened the doors to his Kelowna office, Mission Creek Orthodontics, in 2011 and is now very excited to start up his satellite office, West Kelowna Orthodontics. Dr. Pollard looks forward to discussing your orthodontic needs and delivering on his promise of a beautiful, functional, and healthy smile.

I was referred by my dentist and went for an initial consult to see what can be done so I can get a better smile. I must say the service is extra-ordinary....

Read More
When Emily started her treatment we assured her she'd be all done before graduation. She chose the 'faster' treatment, she never complained about the aches...

Read More
We have had three great experiences with West Kelowna Orthodontics and would highly recommend their professional services. My husband and two of our...